Br. Guthrie is a Junior Music Education Major at Western Illinois University and will be serving as the Kappa Psi Chapter's President for the 2017-18 year. Br.Guthrie has also served as Secretary for the 2016-17 year. Br. Guthrie participates in ensembles such as Wind Ensemble, Jazz Studio Orchestra, Orchestra, Concert Band, Jazz Band, Marching Band, and Concert Choir. "Do what you love, and love what you do." Br. Fornoff is a Sophomore Music Composition Major at Western Illinois University. He will be serving in the capacity of Alumni Relations Officer for the 2016-17 year. He was initiated during the fall of 2015 as part of the Delta Eta class. Br. Fornoff participates in ensembles including Wind Ensemble, Concert Band, University Symphony Orchestra, and Brass Ensemble. Terry Solomonson is an Associate Professor of Tuba at Western Illinois University. He received his Bachelor of Music Education degree from Murray State University and his Master of Music Education degree from the University of Louisville. He has done further applied graduate study at the University of Illinois School of Music and holds a Ph.D in Curriculum and Instruction from the University of Illinois. He is currently serving as the Chair of Western Illinois University’s Council on Admissions, Graduation, and Academic Standards (CAGAS). Dr. Solomonson has performed with the Ringling Brothers – Barnum and Bailey Circus, Chautauqua Symphony and Festival Orchestras, the Louisville Orchestra, the Kentucky Opera Orchestra, the New Louisville Brass Quintet, the Owensboro Symphony, the Bloomington-Normal Symphony, Illinois Symphony, Jacksonville Symphony, and the Knox-Galesburg Symphony Orchestra. He is currently principal tubist with the Peoria Symphony Orchestra and Opera Illinois, and a member of the Lamoine Brass Quintet. He has served as soloist with the Louisville Symphony Band, the Peoria Symphony Orchestra, the Peoria Municipal Band, the Prairie Wind Ensemble, and many college and high school band and orchestras. He has appeared with touring artists such as Maynard Ferguson, Woody Herman, Stan Kenton, Ella Fitzgerald, the Moody Blues, and many more. An accomplished recording technician as well, Terry has produced and/or performed on CDs and other recordings for Barbara Streisdand, Crystal Records, CBS, Parkway Productions, Murray Hill Productions, Alfred Publishing, Caterpillar Image Labs, PBS, NPR, and Mirror Image Productions. In addition, he has interviewed musicians such as Itzhak Perlman, Yo-Yo Ma, Garrick Ohlsson, and Andre Watts, composers such as Morton Gould and Joan Tower, actors such as Kitty Carlisle and David Ogden Stiers, and political figures such as William Stockdale and George Ryan. At Western Illinois University, he teaches courses in recording techniques as part of the Music Business Degree Program, and also presents a semi-annual summer graduate course in recording techniques for music educators. Dr. Solomonson is a member of ITEC., the National Association of College Wind and Percussion Instructors, IMEA, MENC, the College Music Society, and is listed in Who’s Who in America. For the past 15 years he has served as faculty advisor to the Kappa Psi chapter of Phi Mu Alpha Sinfonia. As an educator, Dr. Solomonson has served as artist-in-residence at Maple Mount Music Camp, WIU’s own summer music camps, the Chautauqua Institute, at Middle Tennessee State University, and as a clinician for university marching band camps. He has served as an adjudicator for IHSA, DCI, NYSSMA, and the Peoria Symphony Orchestra Young Artists Competition. He was appointed to the WIU faculty in 1997. Br. Harmon is a Sophomore Music Education Major at Western Illinois University and will be serving as the Kappa Psi Chapter's President for the 2018-19 year. Br. Harmon participates in ensembles such as Jazz Studio Orchestra, Concert Band, Jazz Band, and Marching Band. "If you have to ask what jazz is, you'll never know"- Louis Armstrong "When did we begin to lose faith in our ability to effect change?"- Wynton Marsalis 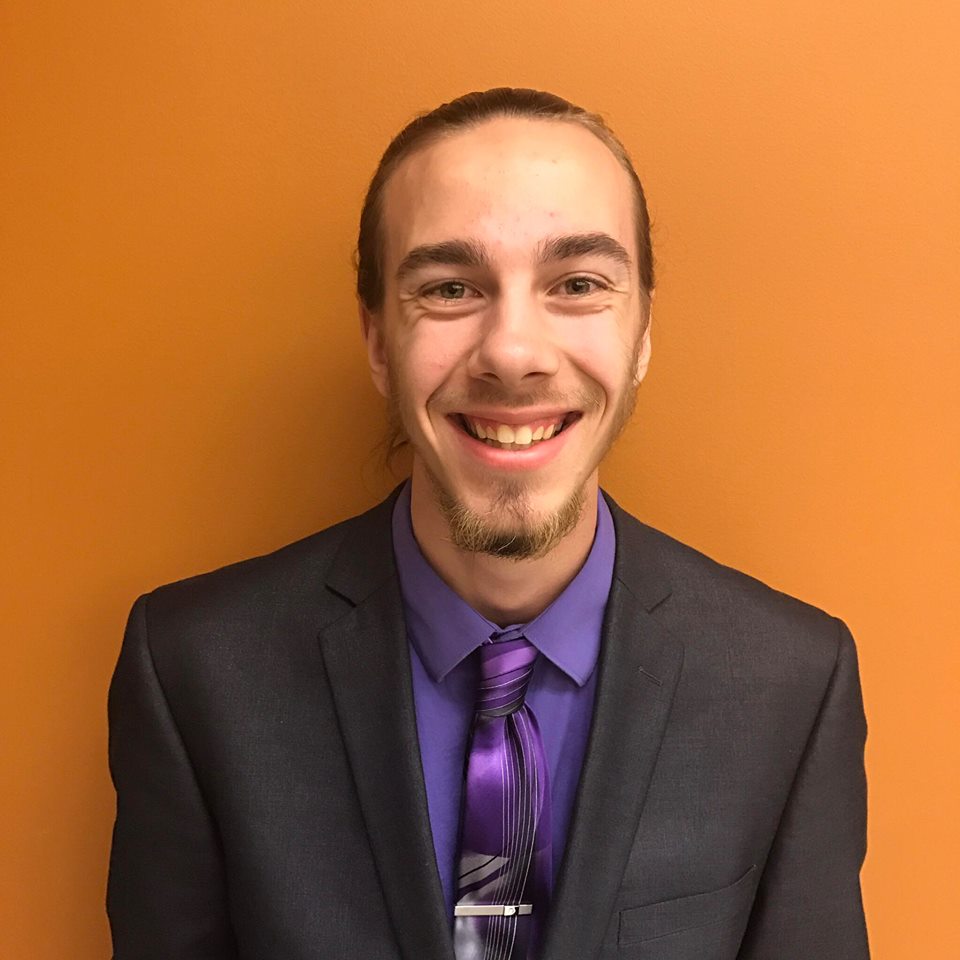